About the poker room

Full Tilt Poker — once one of the largest poker rooms in the world, which merged with PokerStars. It means that this poker room offers its players the largest variety of cash games and tournaments, modern software and a generous loyalty program. By the way, you can play Full Tilt Poker using your PokerStars account (works both ways).

Poker room is a good choice for both beginners and regulars, because there are many freerolls and games with high limits, as well as tickets to live events.

US dollars are used in absolute majority of games, but sometimes cash tables and tournaments can be in Euro, British pounds and Canadian dollars.

Besides poker, at Full Tilt Poker you can play online casino — slots, roulette and card games with live dealers. Poker app is available for computers with Windows or MacOS and mobile devices on Android or iOS.

To start playing Full Tilt Poker you must create an account or sign in with your existing PokerStars account. Please enter the following information to register:

To be able to play for real money and withdraw winnings, players must complete the verification by filling in account details and send the passport page with photo and a copy of a document confirming the address of residence (e.g., utility bill) to the support service.

You can send your ID card or driver’s license instead of passport. Usually, documents are checked within 24 hours. The reply about successful completion of verification will come to the user’s e-mail. Additional documents may be required from a user, when withdrawing large amounts. 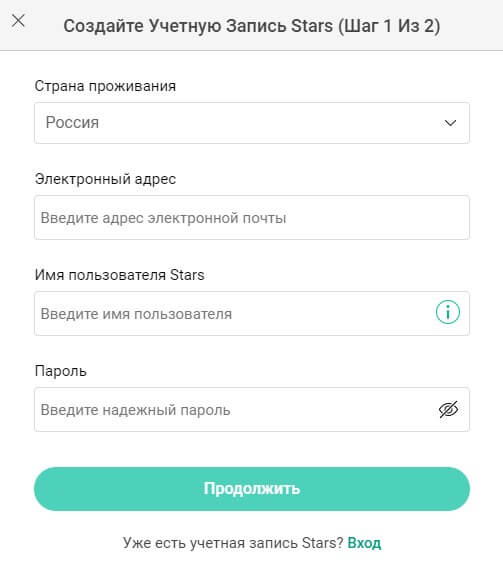 Full Tilt has the largest traffic among all existing poker rooms, as it is merged with the largest poker room — PokerStars. More than 200,000 users play on this combined platform during peak hours, but this number drops 3-4 times in the morning and daytime.

Full Tilt Poker is popular among users from most countries of the world, and significant part of the traffic comes from Brazil, Canada, Germany, UK, Russia, Netherlands and other European countries. The playing field is very weak at the bottom and strong at the top, because there are a lot of players, so the best of them gather at high limits.

In all tournaments, regardless of buy-in, a big number of participants always gather, but the most active games are at limits up to $25/50. On higher limits there are often less people.

The rake at Full Tilt Poker is quite low, within the range of only 3.5-4.5% and never exceeds those. The exact percent of rake depends on the type of game, the limit selected and the number of players. For No limit Hold’em it is as follows:

In Spin&Go games of Full Tilt Poker the rake is 5-8%, depending on buy-in size (the higher the entry, the less is the rake). When entering tournaments, poker room takes 10% of the player’s buy-in.

Tournaments and cash games at Full Tilt Poker and PokerStars are common, so almost the same games are available here as in the «senior» poker room:

Standard cash games of Unlimited Hold’em, Limited Hold’em with a fixed limit and pot limit, Omaha, Stud and Draw. There is a huge variety of tables with limits in almost all values from 0.01/0.02$ to 200/400$, but the most popular tables are up to $2.5/5 limit — often there are no free seats at them, and players get in line.

You can filter available tables by game type, bet size, number of players, format, currency and additional parameters (minimum number of handouts per hour, the average bank, the average stack, players on the flop). There are also tables for Euros and British pounds.

The largest base of 100+ simultaneous tournaments is available at Full Tilt Poker, and 30-35 tournaments start hourly in all buy-in types: Micro, Low, Medium, High, Freerolls and StarsCoin. There are competitions in different formats: Regular, Re-buys, Knock-out awards, Shoot-out, Zoom, Re-entry. The minimum entry to the tournaments is $0,2 and the maximum is 10,300$ (for special Stars tournaments can be even higher).

Every Sunday there is a Sunday Million tournament with a prize fund of at least 1 million dollars, daily tournaments Hot, Big and Bounty Builder (with awards for knockout) are organized in all ranges of buy-ins. Many competitions allow the possibility of late registration, that is, you can enter within a certain time after they start.

Filtering of available tournaments is carried out by type of game, format, buy-in, speed and current state. There are omaha and stud tournaments, there are no tournaments for Euros and British pounds.

A new section at major tournaments with a guarantee, held at «Turbo» speed, where several thousand participants are gathered. Buy-ins are from $11 to $5,200 are held every day. Most tournaments are in standard format or with knock-out awards. You can access them through the Sit&Go satellites. The maximum number of players at tournaments sometimes exceeds 20,000.

Single table tournaments with 9 players and knock-out awards in the range of $1 to $1,000. In this mode you can also find and register for ongoing Knockout tournaments (with the possibility of late registration) and upcoming tournaments.

The newest format of poker games for three participants, the prize fund is determined randomly and can exceed player buy-in thousands of times. But of course, this happens very rarely — the award usually equals to 2, 3, 5 or 10 buy-ins. The lowest entry here is $0.25 and the upper entry limit is $1.000. A ticket to an online or live tournament can also be among prizes. You can play Spin&Go not only in Texas Hold’em, but also in Omaha.

It is possible to play Zoom in No limit Hold’em, Omaha and Limit Hold’em.

An interesting type of Texas Hold’em, with a short deck of 36 cards, excluding 2-5 cards. The A6789 combination is considered a Straight, the Flush is higher than Full House, and only Button puts blinds. The game is played on cash tables, buy-ins range from $2 to $20,000.

Full Tilt Poker gives its players an opportunity to get to live series around the world: PokerStars Players NL Hold’em Championship (PSPC), Asia Pacific Poker Tour, European Poker Tour, PokerStars Live and more. The buy-in of the main event reaches up to 22,500 Euros. You can get to any tournament through satellites of Full Tilt Poker or winning a ticket to it in the games of Spin&Go.

Satellites of tournaments appear in poker room lobby a few months or weeks in advance.

The following bonuses and promos are available for Full Tilt Poker players:

The rakeback system at Full Tilt and PokerStars has been significantly cut and players now receive a minimum rakeback from the generated rake to fill the bonus scale, allowing them to open the prize chests.

To open the very first chest of six, you need to gain 350 points, then this number increases. From time to time there are boosters, that accelerate the progress in opening the boxes. StarsCoins, cash awards, tickets to tournaments and other surprises may fall out of the chests.

To start receiving this kind of rakeback, the player must join the Full Tilt Poker loyalty program in the «My Stars» section.

Full Tilt Poker and PokerStars use the same poker software. It ensures fast interaction between all tables, tournaments and other game activities.

All available games of each category are displayed as lists and you can filter game tables and competitions by buy-in, type of poker, format, number of players, currency and other parameters. The basic possibilities at game table include: making notes about opponents, viewing game statistics and history of draws, change of a theme and a deck of cards, and also a multi-window mode.

The software works without any issues and delays, no matter how many tables are open. It is not forbidden to use third-party programs, when playing Full Tilt Poker.

Mobile version of the app

You can download a free mobile app for Android and iOS devices from the official website of FullTilt Poker. Here you can find all the same cash games, tournaments and other activities as in desktop app, but switching between them is much easier — on the main page you can instantly sit at any of the proposed tables.

Full Tilt Poker is a reliable and secure poker room with a worldwide solid reputation. All kinds of fraud by the room, failures in the random determination of the results of handouts and problems to repay fair winnings are excluded here. User information is protected by modern encryption systems.

The poker room legally operates with license from the governmental authorities of Malta № MGA/B2C/213/2011 and its activities are regulated by the Gambling Authority of Malta.

The minimum deposit amount is $5 and withdrawals are 10$. Deposits can be made the following ways:

Cashout is carried out using the same methods, mentioned above, except for the last two. You can withdraw only using a payment method, from which the deposit was made. Applications for withdrawal to bank cards are processed within 3-10 business days, to electronic wallets — within 2-5 days. When withdrawing large winnings, additional verification may be required.

Full Tilt Poker maintains its reputation of an honest and reliable poker room, offering its customers hundreds of tournaments, tables with cash games, freerolls and new modifications of poker. The key features of the room are availability of selections for important live events, always high traffic and convenient ways of deposit. Beginners will feel comfortable playing here as many permanent freerolls are available and professionals will appreciate the high limits of tables and competitions.

The only serious disadvantage of this room is the rakeback system, which, however, is compensated by a generous user loyalty program.

Бонус
100% first deposit bonus up to 600$
Released in 10$ increments for every 180 points accumulated. 4 months to clear.
Get bonus

Бонус
Free 30$ bonus
Make a 20$ deposit to receive Spin & Go tickets and cash worth a combined total of 30$ for 6 days.
Get bonus

Free 30$ bonus Go to website
Log in
Register
Have you turned 18 yet?
You are banned from accessing the site!
The materials presented on this website are intended for persons over the age of 18.
Мы используем cookie. Это позволяет нам анализировать взаимодействие посетителей с сайтом и делать его лучше. Продолжая пользоваться сайтом, вы соглашаетесь с использованием файлов cookie.
Got it, thanks